The introduction of Men’s Classic Physique to the CPA/NPC has opened new doors for male competitors as well as breathing new life into the sport of bodybuilding. Athletes are now given the opportunity to sculpt a physique which is more focused on pleasing shape and classical lines. This category doesn’t require the extreme levels of muscularity and conditioning as traditional bodybuilding. The body presented in the Men’s Classic Physique category is seen as a more attainable physique. This aspect has proven to be a strong selling point of the division as witnessed by the wide age range of competitors on show day. It is common place to see the younger generation participating in Men’s Physique but now they have the opportunity to advance their physique in the Classic division. And the numbers prove it….Men’s Classic Physique is growing!

Success in this division really can be summed up in one word – homework. CPA Head Judge Rudy Jambrosic nails down this point at each competitor meeting when he stresses the importance of learning the history of the sport of bodybuilding. When an athlete understands the history they can truly understand what the judges are looking for in this category and can better prepare the look they present on the day of their show. Although, athletes need to do their homework before they step on an CPA stage let’s go over a few fine points that will help you succeed in Classic Physique….let’s look at this article as a cheat sheet to success in the MCP division!

Classic Posing
How one presents their physique on stage is probably one of the most important aspects of the sport. It is easily controlled and attained. Before we break down the posing I just want address classic poses in general. Every top bodybuilder of the past has a signature pose. Arnold had his. Sergio had his. How do you know? Simple. If you were to put one of these bodybuilders behind a back lit screen you would immediately be able to tell who they were just from the form of the silhouette alone! The classic poses are just that – classic. They aren’t modified to suit modern posing. Essentially, you can’t add your personal touch and make them your own. Classic posing is quite easy. The template has already been established by the greats of bodybuilding. All one needs to do is emulate the legends.

Mandatory poses
Essentially the mandatory poses are slight variations of the standard bodybuilding poses. For example, in the front double biceps pose instead of having the arms parallel to the stage (as is traditionally done in bodybuilding) one might angle his arms so that one is higher than the other. The foot may also rise slightly off the floor is this pose as well – an option which is banned in traditional bodybuilding posing. A Classic Physique athlete must focus on the finer points of posing. Hand positioning, hip placement, etc. are all critical to the look of perfection on stage. The judges do not want to see traditional bodybuilding poses. They want to see the fine tuning that only a classic pose has. An additional point must be made about the mandatory poses which will set you above the competition is multiple poses during the mandatory round. An athlete who sets a mandatory pose on stage and then transitions to another variation of the same pose will draw the judges’ eyes in his direction. For example, you may choose to hit an abs and thigh shot with both hand over the head and transition to a hand on hip front abs pose. This is evidence that the athlete has done their homework and will definitely look worthy of a higher placing in the judges’ eyes.
One novel aspect that should be discussed is the final pose in the mandatory posing round – favorite classic pose. Remember to feature a pose that suits your body and one that you can emulate from the past greats. Focus on foot and hip positioning as well as hand gesture/placement. A back pose, which looks good on paper, doesn’t translate well to the stage. Try to face the judges and mimic a signature pose of one of bodybuilding’s great.

Posing Routine
This is a critical part of an athlete’s presentation. It is during this round an athlete can really secure that one perfect picture for framing (yes, you should be purchasing stage shots from the official photographer). Typically, bodybuilders will go from one pose to the next during their 60 second routine. With Classic Physique there is also emphasis placed on the transition between the poses. Is the transition smooth? Does it flow and not look awkward? A Classic Physique athlete who has done their homework understands that foot placement or hand gestures complement the transition and become a pose unto themselves. The choice of music is also important. One doesn’t need to look for classical music per se (although that is not a bad choice) but they should search for music that is dramatic, compelling and eliciting emotion. Think along the lines of music from the movie Gladiator or 300 not ACDC’s Back in Black or something you heard at last weekend’s rave.
One final note…
One of the key characteristics of a classic physique is a small waist. The Classic Physique division is strongly opposed to distended or bloated guts which were once common place in the bodybuilding world. It makes no sense to go out for a burger, fries and cheesecake binge between the morning and night shows. This bodybuilder strategy doesn’t translate well to the Classic Physique division and is sure way to destroy the trademark classic flat stomach of the classical physique.

Hopefully, this small piece has been educational. I would strongly suggest going to one of the CPA’s Posing Workshops where you can be critiqued and schooled by the best in the CPA. The hosts are dedicated to helping you achieve your best look and only want you to succeed! Another option would be to book with us for one-on-one personalized posing sessions.  Remember, put the time in to do your homework. It will show on the stage and in your placing! 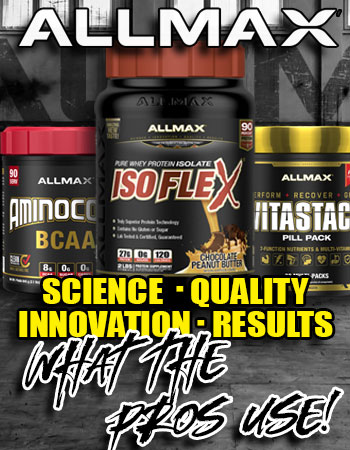 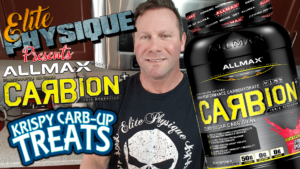 The Perfect Carb-Up This month is Allmax month and we’re featuring Carbion! Allmax Carbion is a multi-complex carb formula with electrolytes and a max absorption 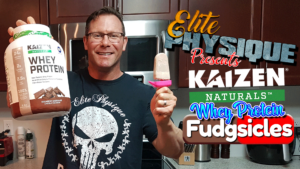 Kaizen Naturals Whey Protein is a great option when deciding on protein sources. It is a New Zealand whey that is sourced from grass-fed cows. 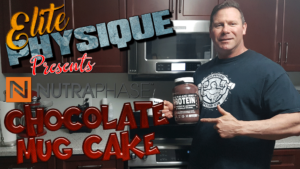 OMG! This is a quick and easy snack to fill the hunger void. Great macros if you have room to move with protein and fat

Super proud of Mark Haupert for his 2nd place finish at the 2022 King Kong Natural Classic. Mark really nailed his conditioning and brought an incredible package to the stage. Way to go! Such a great guy, true friend and focused client. We couldn’t ask for more. Great job Mark! … See MoreSee Less

You could put all the work in , but if you don't know what your doing it just won't work . You guys are the dream team couple. All your steps got me into this Conditioning. Thank you 😊

Super proud of Rouz, on the left. I was only her posing coach initially then helped her diet for the last two weeks prior to this show. She has the mindset of a champion! She did cardio every day, ate what I told her to eat, and loved every minute of the pain and suffering of prep! So f’ing proud of this girl! What’s your excuse?! … See MoreSee Less

Amazingly dedicated to the end with great results

Extremely proud of this beautiful girl , Christina, who competed at the Canfit Toronto show yesterday! Not sure where she placed yet but with this beautiful shape, muscle and symmetry we’re gonna find out what we need to do next and kick ass for the next show! Look for her cuz she’s gonna rock the next one! … See MoreSee Less

Super proud of @theninjabodybuilder  for his 2nd place finish at the 2022 King Kong Natural Classic. Mark really nailed his conditioning and brought an incredible package to the stage. Way to go! Such a great guy, true friend and focused client. We couldn't ask for more. Great job Mark!

So proud of this girl! She killed a 4th and 3rd place finish in her first show ever! This girl has the tenacity of a super human! So proud of you Sandra! Time to eat up girl! …